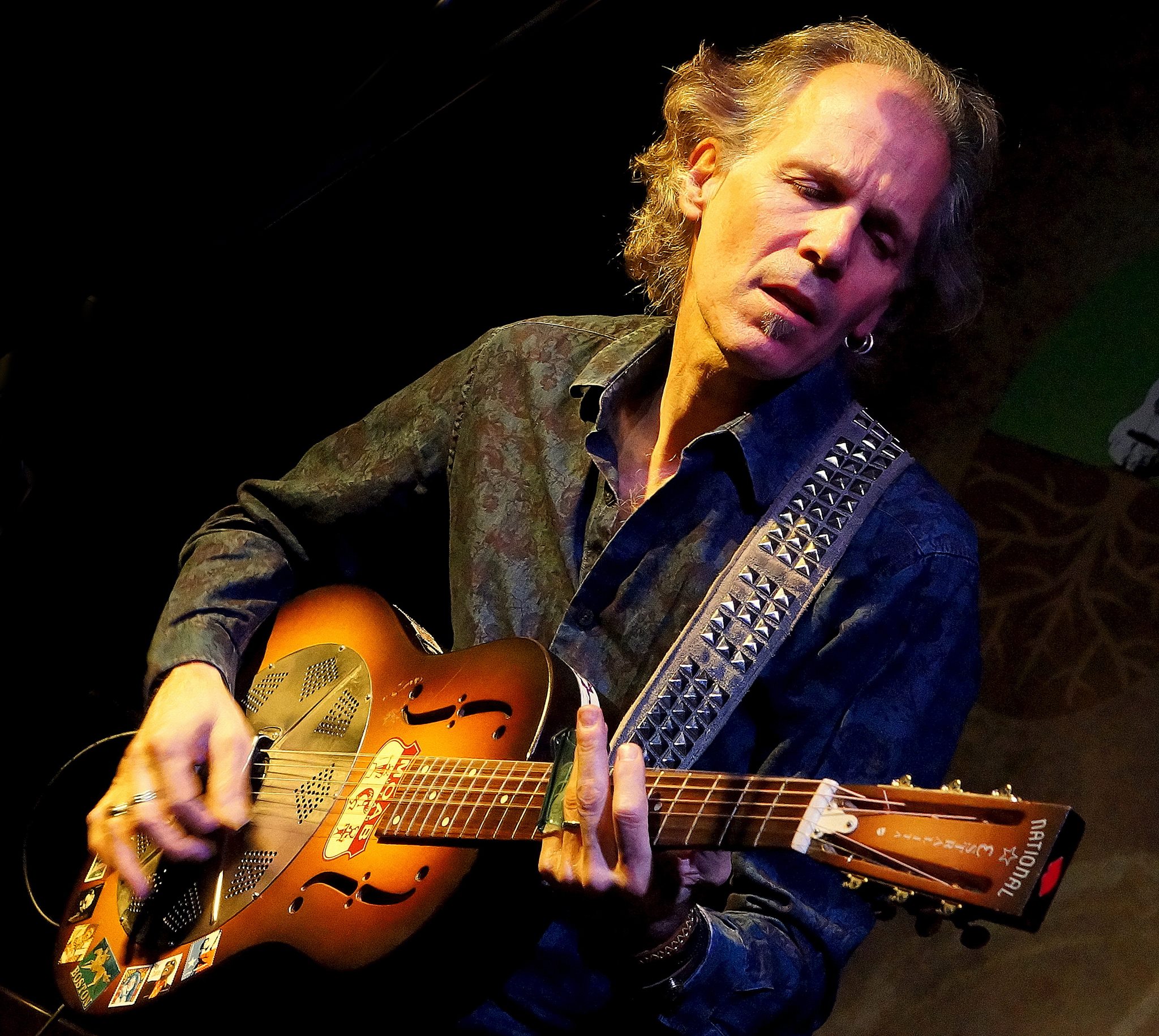 Brooks Williams hails from Statesboro, Georgia, the town made famous by country-blues legend Blind Willie McTell in his song “Statesboro Blues.” He’s a mean finger-picker and a stunning slide guitarist, and is ranked in the Top 100 Acoustic Guitarists. “He has a beautiful voice,” says AmericanaUK, “that you just melt into.” Williams is a “road dog” of the highest order, touring worldwide, and with 22 albums to his name it’s no wonder friend and fellow guitar-wizard Martin Simpson calls Brooks Williams the “Real Thing!” Brooks Williams is one of acoustic roots music’s guiding lights.  See where Brooks is playing on this US tour and more about him on his web page.