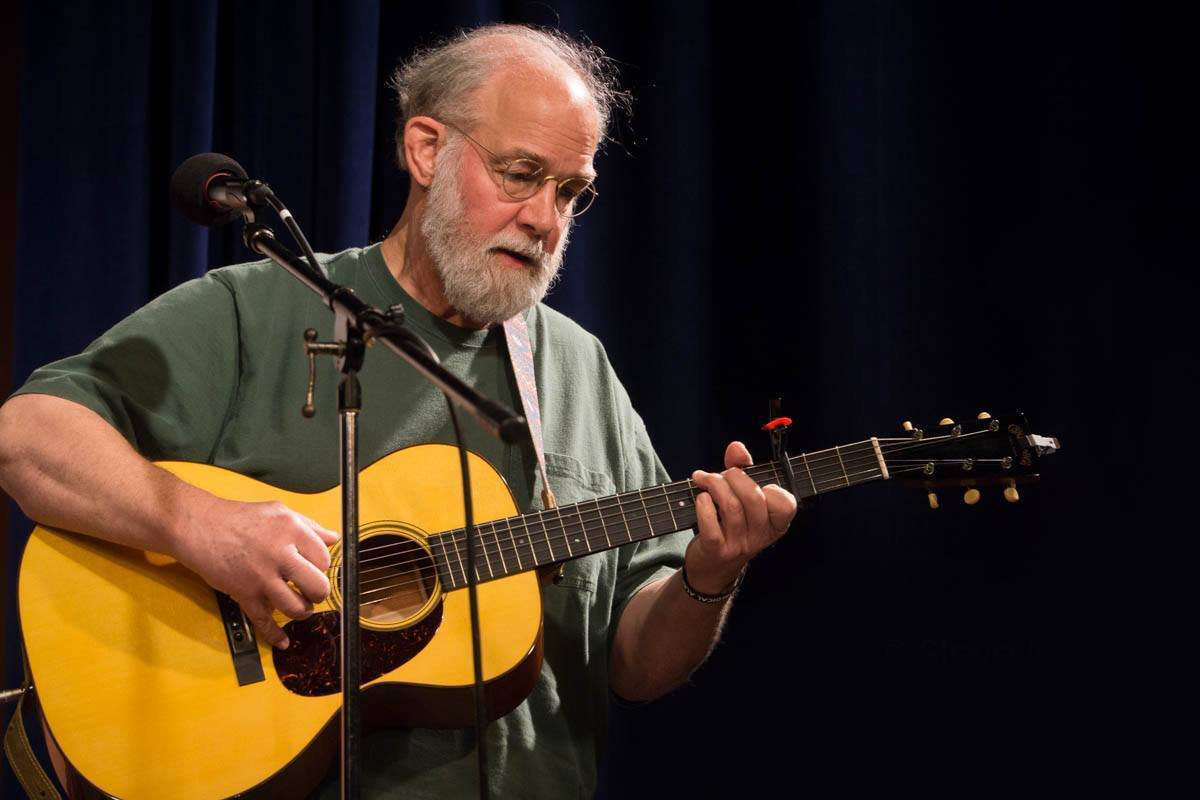 Chris Pahud grew up in Needham, MA, in a family of classical musicians. While his brother abandoned the oboe to become a Berklee trained pianist, Chris fell in love with the guitar. By the time he was 15 he was playing in a surf band, and two years later was a part of the locally popular folk quartet The Town Dump. Their repertoire drew heavily from the songs of Bob Dylan, Gordon Lightfoot, Ian & Sylvia and the Youngbloods, some of which he continues to perform today. After taking time to raise a family and pursue a career as a Media Specialist at UMass Boston, by the 1990’s he hit the coffeehouse circuit with his warm bass/baritone voice and acoustic guitar. Though he has written songs, and collaborated with well known Boston poet Bill Thibodeau, Chris sees himself as more interpreter than songwriter, helping to maintain the legacy of folks like Fred Neil and Stan Rogers. As far as contemporary writers, he tends to be drawn to the narrative works of people like Tom Russell, David Olney and Garnet Rogers. A familiar and welcome presence at coffeehouses, clubs and festivals across New England, in 2018 Chris was invited to perform at festivals in Switzerland. More about Chris here.