The Harper & The Minstrel 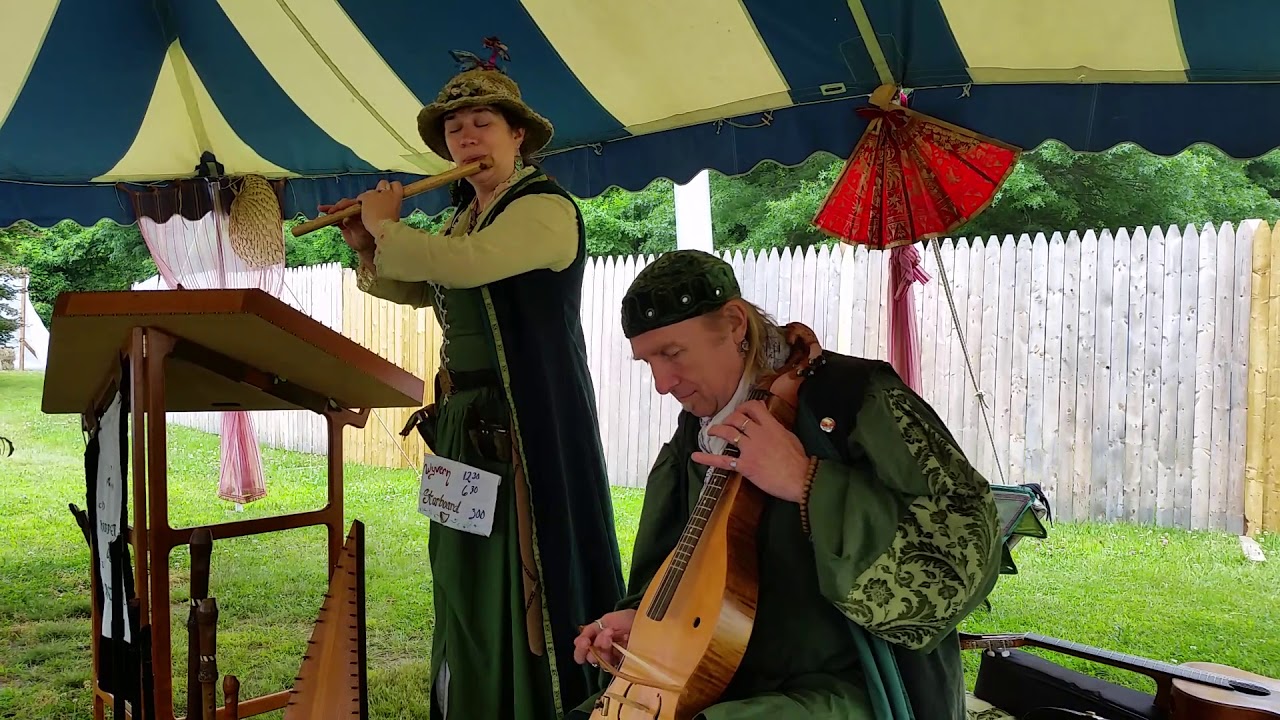 Jay Michaels has spent his entire life studying and performing Music. He started on the Trombone in 5th grade and moved to Guitar, Piano and Voice studies in his teen years. Jay earned a BA in Music from Anna Maria College where he studied Classical Guitar. He taught Music for many years while performing at various venues in Massachusetts and eventually taught himself to play the Harp. Jay plays many instruments including the Cláirseach (wire-strung Irish Harp), Renaissance Gothic Harp, Celtic Folk Harp, Classical Guitar, Mountain Dulcimer, Bowed Dulcimer/Viol and he sings. He has been a full time musician for the past decade. In addition to his duties with The Harper and The Minstrel, He maintains a solo Harp career, and produces music for film and TV productions.

Abby Michaels has been involved in Music since she was old enough to reach the keys on the family piano. She began singing at an early age and became very involved in the school Music programs. Abby earned a Bachelor of Arts degree in Music Education from Westfield State College where she studied Opera. For several years Abby taught music in the public and private school systems, and has also taught recorder and voice privately. She was also a popular soloist for Church services. She now pursues a full time Musical Career performing hundreds of Concerts every year at a variety of venues. In addition to being an accomplished vocalist, Abby plays Silver Flute, Irish Wooden Flute, The Greek Aulos (also known as the Double Flute or Divergent Flute), Recorders, Penny Whistles, Hammered Dulcimer, Guitar, Harp and Bowed Psaltery.

More about Abby and Jay on their web page.