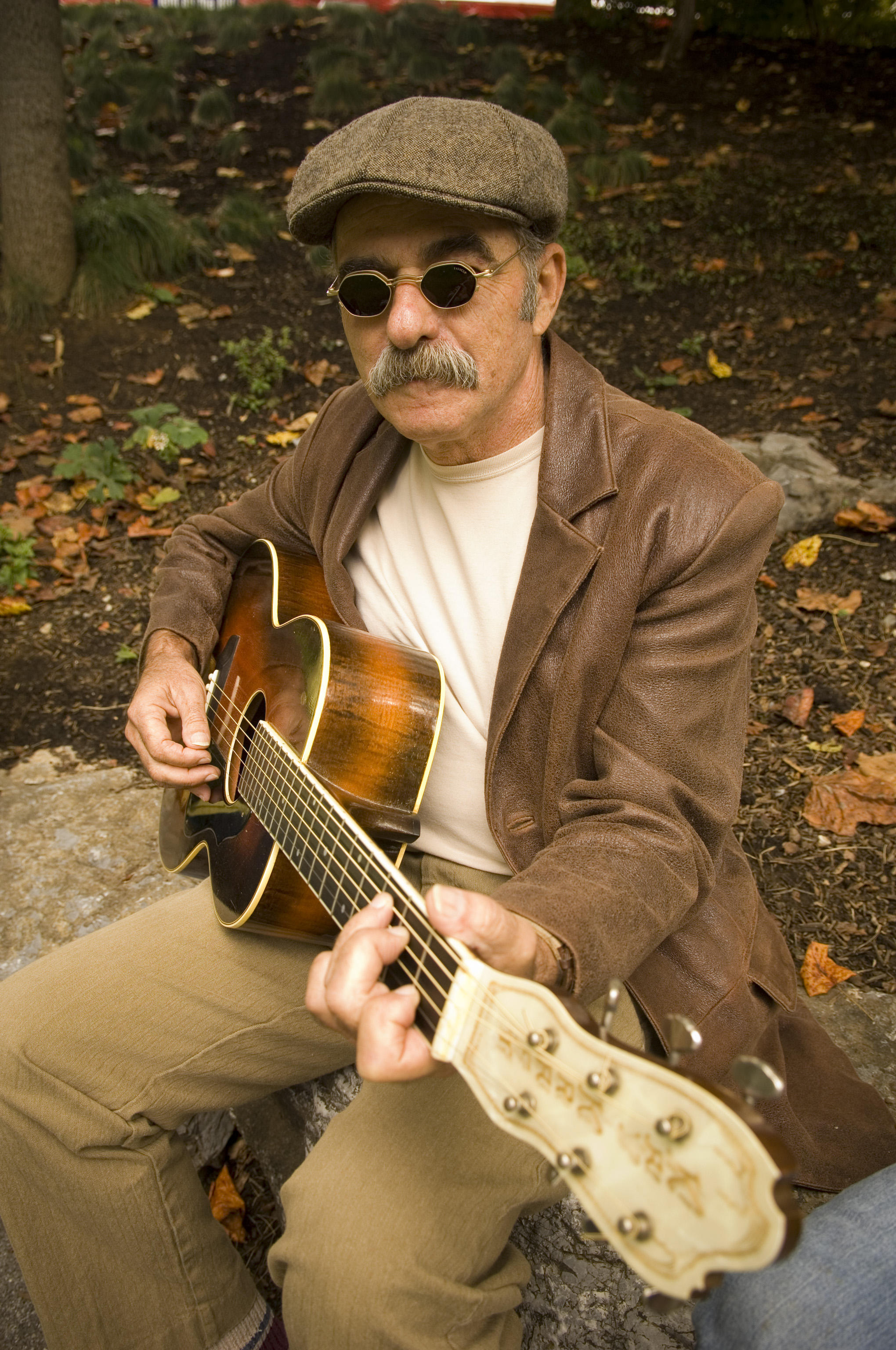 Roy Book Binder has been rambling around the world for the past 45 years!   He gave up his Greenwich Village "pad"  in the early 1970's and lived in his "Tour Bus" for the next 15 years criss crossing the US and appearing at festivals  throughout Canada & Europe.

Book Binder, travelled with the legendary Rev. Gary Davis in the late 60's..... The Book, recorded his first solo acoustic Blues album in the 70's, which was the first to receive  5 stars in DOWNBEAT magazine!  In the  late 80's 'The Book' was part of Bonnie Raitt's  East Coast Tour, which included an appearance on The Grand Old Opry which led to almost 30 appearances on NASHVILLE NOW's, Ralph Emory Show!   In the 90's he often appeared  with JORMA KAUKONEN (who recorded 2 of Roy's songs)

Roy has the goods: the original, the bare-knuckle, the low-down . . . blues. Who can say they were friends with the Rev. Gary Davis, Pink Anderson and Robert Lockwood? And toured with Arthur Big Boy Crudup, Hot Tuna, JJ Cale & Bonnie Raitt ?  Roy can. He has the stories, the licks, and the mystery of timeless music in his fingers. He’s been featured on a PBS special and interviewed by Terry Gross on “Fresh Air.”  He’s also a regular at Fur Peace Ranch, where he teaches along with Jorma Kaukonen. When he brings his  'Tour Bus'  to town, a one-man blues-fest ensues. He plays and he entertains, feeding us music and stories, and the evening is a celebration for us all. We’re privileged to have Roy here to preserve–and extend—the tradition of great American blues music. (James Hipp)  See more about Roy on his web page.